True connoisseurs of life and exclusive things cannot do without expensive and high-speed yachts. They compete with each other, setting up a kind of contest for the coolest "toy" – however, an undoubted winner in this rating is the company WALLY, built the fastest yacht in the world. First Yacht offers you a yacht brokerage in Dubai.

The ultra modern yacht Wally Power 118 is the fastest vessel in the world, which has not yet found its owner, which is not surprising, because cost of this yacht is 25 million dollars. In addition, it set a world record, developing speed up to 111 kilometers per hour (60 knots). Wally Power 118 was built at the shipyard of the company Wally in 2003, since then it has not competitors for rapidity. 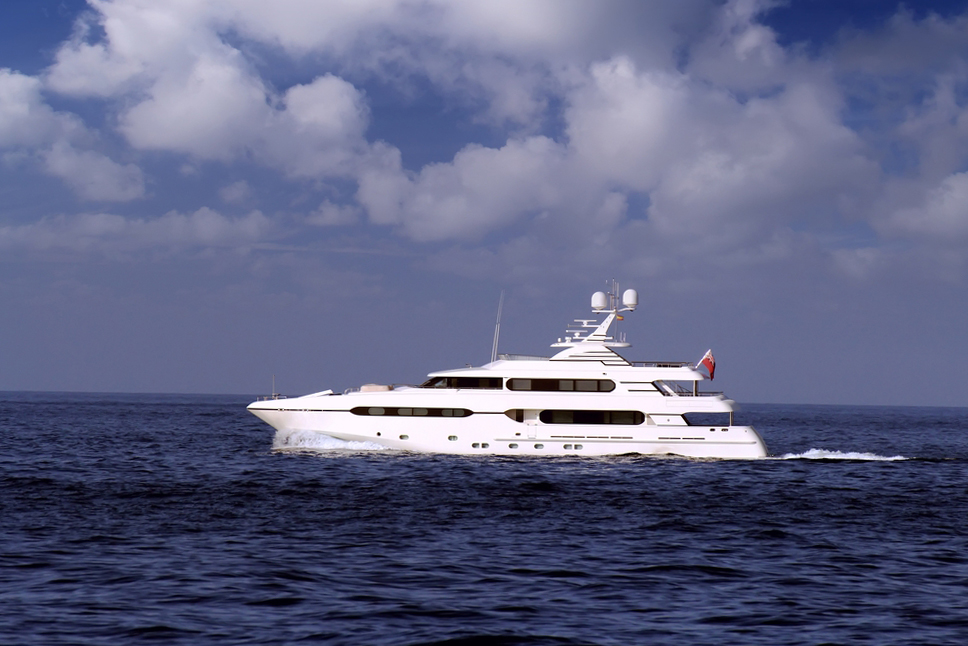 In spite of its minimalist design and rapid streamlined appearance, under the body of the fastest yachts in the world there are three helicopter gas turbines, total capacity of which is 16 800 l/s.

Due to the pointed shape of its stern, Wally Power 118 is able to cut the waves even in the stormiest waters at speeds, exceeding 40 sea knots. In addition, the yacht is very stable, that allows it to sweep through the water smoothly, not bouncing on the waves.

Opportunities of the Fastest Yacht

The body of Wally Power 118 is fully noiseless – due to noise insulation the yacht can drive at great speed, and passengers will not feel the slightest discomfort. It is possible due to a specially designed hull structure, which does not allow sounds and vibrations to get inside the yacht, even at the highest speeds. Meanwhile, the length of Wally Power 118 is 36 meters, the volume of displacement of the yacht is 95 tons, and it can accommodate 12 passengers on the board.

The cruising range of the ship at 60 knots per hour is 380 sea miles – so, so, if the vessel will do 9 knots per hour, it will be able to overcome 1.5 thousand miles in 60 minutes.

The interior design was into duties of the famous designer Carl Pickering, working in a leading company Lazzarini & Pickering. In the result, the yacht design has acquired a mixed style, where the modernity and functionality, loft, minimalism and high-tech met. Pickering has successfully combined wooden and metal elements, rectangular windows and sharp corners, diluting it with light shades of upholstery.

Wally Power 118 is a winner of the main prize of the contest Millenium Yacht Design Award. In addition, the fastest yacht in the world has “acted” in several popular films of recent years.